A JOYFUL WEDDING VIDEO IN ROME

Did you like this joyful wedding trailer in Rome?
The story of Giuseppe and Arianna begins in the warm Sicilian summer of 2007. Back then, both were still two university students, she in Rome and he in Palermo. Thanks to the invitation of a friend Arianna chose to spend a couple of weeks in Sicily. Here, between the smell of salt water and walks along the seafront, one day she met Giuseppe.

Their story did not start all of a sudden. Step by step they found themselves talking about each other and they found many things in common in their lives. The days passed until one evening they looked each other in the eyes, there they understood that there was something between them that went beyond friendship.

But sadly it was time to say goodbye and the distance put the weak feeling to the test. It did not die. In fact, during the summer of 2008 officially began a journey together that finally took them to the marriage.

We enjoyed the ceremony very much, where the priest retraced and enhanced the path of both. It was made of difficulties, fears, distance, joys and jealousies. But it was destined never to die and to become more and more fruitful.

After the ceremony we made a stop at Villa Torlonia for some photos and then we moved to the Tor De Sordi Estate. There everyone had lunch and experienced various moments of joy, shared with friends and relatives.

For us it was a real pleasure to work with Giuseppe and Arianna. Their naturalness and simplicity has allowed us to capture the most significant events of the day. Thus we wanted to emphasize in the trailer that atmosphere of fun, serenity and joy that has permeated all the event.

A special wish to this couple who chose us to have a significant memory of their marriage, and a blessing for their future together.

A joyful wedding video in Rome 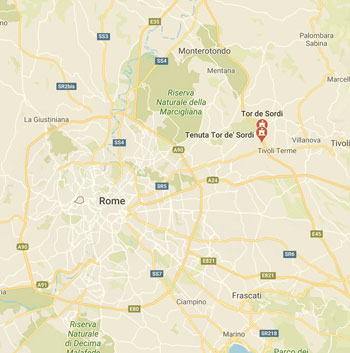